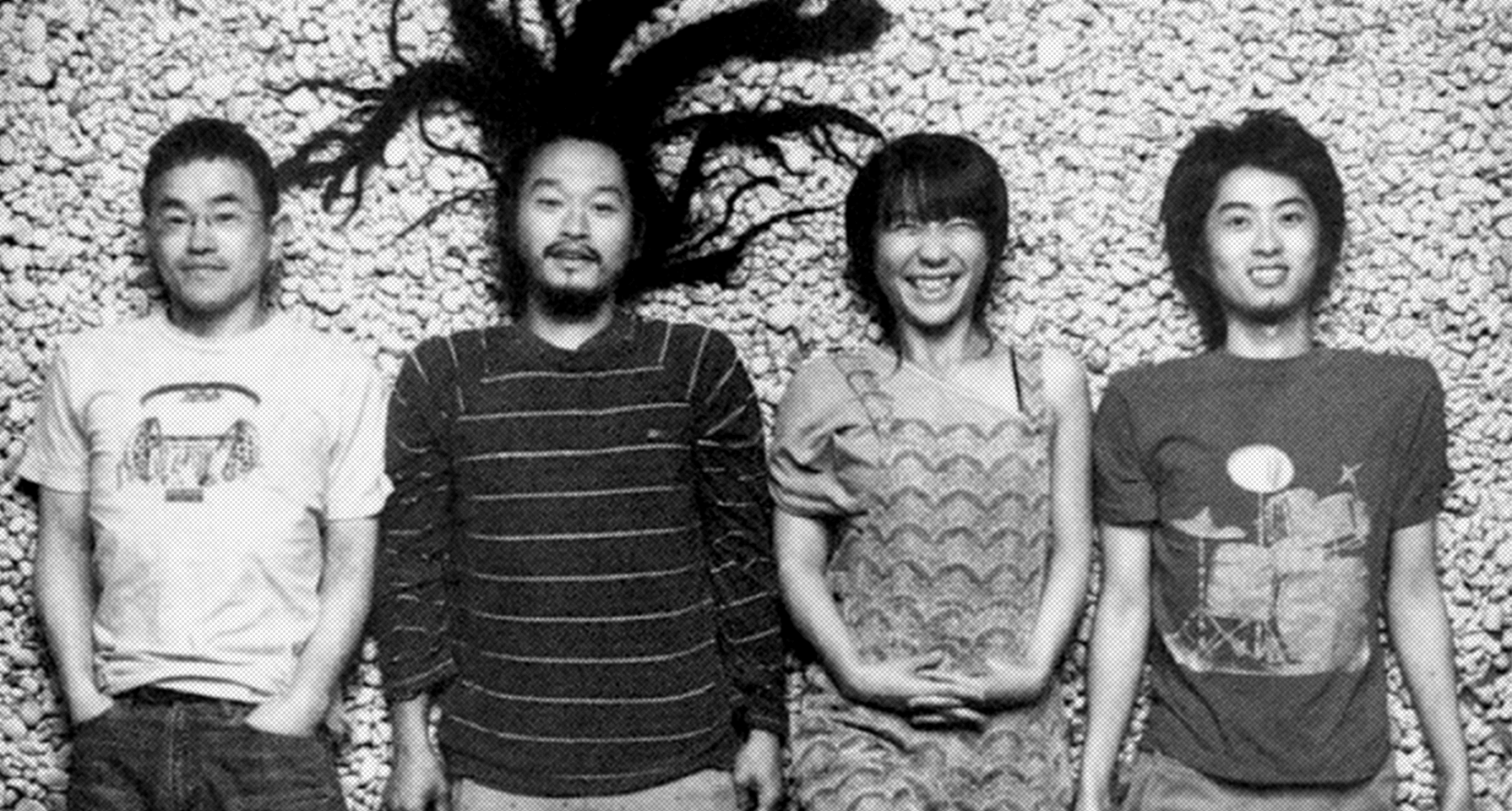 I guess it started in September of 1990, my first year away at school in Gainesville, Florida. I was barely 18, on my own (more or less), and on the prowl in my new town for “punk stuff.” Most of what I’d known up to that time was the sound that defined the scene in Louisville, which is to say a 50/50 split between the growling hardcore of Revelation Records bands and the slightly less growling hardcore of Dischord Records. There was a smattering of other sounds, styles, and bands, but though my musical horizons were more diverse than the average farm country teenager, they were still narrow compared to people I would soon meet. I recognized this, and was excited by it, and that first weekend in Gainesville I spent poking around two record shops that stocked weird music and were conveniently across a parking lot from one another (Schoolkids and Hyde and Zeke). I bought two records I’d read about in Maximumrocknroll — Operation Ivy’s Energy and Bad Religion’s No Control — and one I knew nothing about but was entranced by the cover — Soul Discharge, by Boredoms.

This is no unique story. Soul Discharge was one of the first Japanese “noise” records to find distribution in the United States, and it served as the gateway for a lot of people who, like me, saw it one day and wondered what the hell it was. After listening to it, it’s easy to still wonder what the hell it was. I’d encountered my fair share of noisy stuff since drifting to punk and darkwave in the mid-1980s, but nothing was quite as bizarre, chaotic, and unstructured as what Soul Discharge assaulted me with — which, for seasoned Japanese noise veterans may sound funny, since Soul Discharge is considered, in the grand scheme of things, to be a fairly well-behaved example of the style. But hey, we all have to start somewhere, and a lot of us started with Boredoms.

When I got back to my dorm room, Soul Discharge was the first record I put on. I had no idea what to make of it. I wasn’t even sure I liked it. But I listened to it the whole way through, sitting on the floor and trying to figure it out, like an Eric Dolphy record. Then I listened to it again. One of the guys in the room next door was a pale, red-headed, black-clad goth rocker, so I popped over, knocked on his door, and asked him to come over and listen to it. “What the hell do you make of that?” I asked him, but he had no answer.

I listened to Soul Discharge a lot. Not as much as I did No Control, but still a pretty good amount. Being less reticent then than I am now about popping into a store to ask random questions, I went back to the record shop and asked the guy working there if they had anything else like Boredoms. He steered me toward records by Throbbing Gristle and Einstürzende Neubauten. Both were new to me but would quickly become staples in my rotation. “But they’re really not like Boredoms at all,” he cautioned.

For a couple of years, Soul Discharge was the only album like Soul Discharge that I owned or even knew about. But then something happened in 1992 that caused a flood of noise records to find their way to America. Boredoms’ Pop Tatari showed up on store shelves, and I added it to my collection. By this time, I’d gotten to know some like-minded weirdos and had been on a musical crash course, but it was while I was purchasing Pop Tatari that I got to know the guy who would have the biggest impact on sinking me into Japanese noise records. I knew him casually as “the punk rocker who worked at the hippie record store.” I’d never exchanged more than a few words with him, usually friendly. My purchases were, for the most part, stuff from my safe zone: Dischord, Lookout Records, a few others. Pop Tatari elicited a response from him.

“You know, we have some other stuff like this.”

I did not know, but I quickly sought it out. “Other stuff” was about six releases, one of which was Soul Discharge. But still, it was more than I’d ever seen grouped together in one place, and he was the first person I met who knew a thing or two about it. I was, in 1992, perpetually broke and had developed an advanced disdain for even the most basic degree of financial responsibility (something for which I got into a fair bit of difficulty, and I do not recommend it). For the time being, I’d have to satisfy myself with Pop Tatari and rest assured that no one other than the guy working at the store was likely to buy any of those tantalizing Japanese noise records.

When a little money came my way, I hot-footed back to the store and grabbed a compilation titled Dead Tech 3, which had been released by a US label called Charnel House and was more affordable than the imports from Japanese label Alchemy. Being a compilation, and one I was assured contained most of the big names in the scene, it became my primer. By 1993, with Japanese noise finding a cult following on the west coast, I’d acquired a few more domestically-released compilations — Charnel’s Land Of The Rising Noise and Furnace Records’ Come Again II — as well as a smattering of releases from performers introduced to me either through those compilations or via the small circle of noise enthusiasts that had sprung up in Gainesville.

The bands to which we had access, thanks to one of us owning a record store and me being a voracious writer of letters and reader of zines, are the ones that formed sort of the Japanese noise canon: Hijokaidan, Boredoms, Masonna, Solmania, Merzbow, Hanatarash, CCCC, Keiji Haino. Thanks to a deal with the record label Alternative Tentacles, Japanese noise musician KK Null toured the US with his band, Zeni Geva, and somehow ended up playing a show in Gainesville. Zeni Geva trended more metal than noise, but it was still pretty great, and by then I have to admit my tastes were drifting away from the sonic chaos and white noise of artists like Hijokaidan and more toward the weird noise meets psychedelia meets darkwave sounds of groups such as Angel’in Heavy Syrup, Shizuka, Acid Mothers Temple, Ghost, and Slaphappy Humphrey (a collaboration between Hijokaidan’s Jojo Hiroshige and Angel’in Heavy Syrup’s Mineko Itakura which combined his wall of guitar noise with her haunting folk-psychedelia).

By then, most of these artists were no longer as obscure as they’d once been. Just about all of them had at least one US-released album and had been on one or more of the compilations that had proliferated between 1992 and 1994. Yoshimi P-We from Boredoms was in a band with Sonic Youth’s Kim Gordon and Pussy Galore’s Julie Cafritz. Melt-Banana was on college radio. Tetsuo the Iron Man, sort of the Japanese noise movement made cinematic and featuring a clanging industrial soundtrack by Der Eisenrost’s Chu Ishikawa, was making the arthouse theater rounds. Ongaku Otaku was the Japanese noise zine of record, and plenty of other zines wrote obsessively and enthusiastically about the movement, digging up (or just repeating) every crumb of information they could find in what was still, compared to the internet-connected world of today, a disjointed information landscape.

Eventually, the old guard got, well, old. The innovators who had started the movement were, for the most part still around, but by the end of the 1990s, I’m not sure what else was left to be done. I was still filling in my back catalog as best I could. Thanks to moving to New York in 1998, I had access to a whole bunch of stuff yet to hear that I’d never been able to find before. By this time, though, Sean Lennon was talking up the scene, which gave it a little more celebrity sheen than it needed. Guitars and pedals and trash cans and weird homemade synths gave way to computers. Instead of the uncontrollable manic danger of Eye Yamatsuka driving a forklift through a Hanatarash show (perhaps the most fondly-repeated legend regarding the extremity of the Japanese noise scene witnessed live), you were watching two guys in sweaters sit nearly motionless at their laptops — a lot less chance of ending up in the hospital with no health insurance, sure, but also a lot less vital.

But then, I’m sure the weirdos seeing Hijokaidan in the 1980s felt the same way about me when I started talking about them in the 1990s. And while the golden years may be past, there’s still plenty of past left to be discovered, not to mention the occasional mutant offshoot born of the noise scene. I mean, who’s not going to love Autopsy Report of a Drowned Shrimp? As someone who comes to a lot of things 35 years after everyone else already knew about them, I’d rather celebrate than grumble. The kid who discovers their first Japanese noise record today is going to get just as much out of it and be just as freaked out and excited and confused and giddy as I was when I discovered my first record. Never be a gatekeeper, always be a gate opener.

These days I rarely touch my pure noise records, though every now and then I’ll grab something out of Merzbow’s Merzbox to soothe my nerves. Angel’in Heavy Syrup and Shizuka (rest in peace), I still listen to regularly, as well as Dissecting Table, Ghost, and Acid Mothers Temple, the last two of which led me further into the hazy, naked world of old Japanese psychedelia the same way Masonna led me to listening to the Conet Project as a form of meditation. Hunting down any crumb of info about these bands, people, and performers back then also spurred me to seek out weirder, more obscure films as well, even though those films didn’t have anything directly to do with noise. Noise brought me to Teruo Ishii, Shunya Tsukamoto, Sogo Ishii, and Shūji Terayama, and through them I ended up at the experimental theater and music of J.A. Caesar. Soul Discharge led me to a lot of the perverse, deviant weirdness I am into and won’t discuss here, and you can’t put a price on a gift like that.

And yeah. Soul Discharge. I still have that record, still put it on from time to time. It was upsetting and challenging and enthralling in 1990. Now it slides on like a comfortable old pair of sneakers, which I suppose is ironic given what it sounds like and that it launched me into such an extreme, bizarre, and difficult to explain far corner of the musical landscape, where I discovered that no matter how strange the thing you’re into, you’re going to find others clustered around it as well. You may not be as unique as you first thought you were…but then, you’re also not as alone.